Amanda Milius worked for the Trump Administration at both the State Department and the White House. She was the Deputy Assistant Secretary for Content in the U.S. Department of State’s Bureau of Global Public Affairs up through the first quarter of 2020, and was a Project Manager for the Office of American Innovation at the White House during 2019. Prior to government she worked on the President’s Inaugural Committee and campaign during 2016. Ms. Milius joined the Department of State in January 2017 and served in the administration for over three years.

Despite her conservative views and political interests, Milius comes from an artistic and film industry background. Her father is noted right wing director/screenwriter John Milius (Apocalypse Now, Dirty Harry, Wind and the Lion, Red Dawn) and her mother is actress Celia Kaye. Thanks to her father she has had long running relationships with some of the most well-known people in the industry, and had a lot of opportunities to work on films of all sizes before starting her career.

Prior to working in politics, Milius attended the USC School of Cinematic Arts, and completed her thesis film in 2015, which won an extraordinary number of awards and received a great deal of positive coverage. She worked in the film industry for top producers and directors of commercials, television, and film for over ten years. 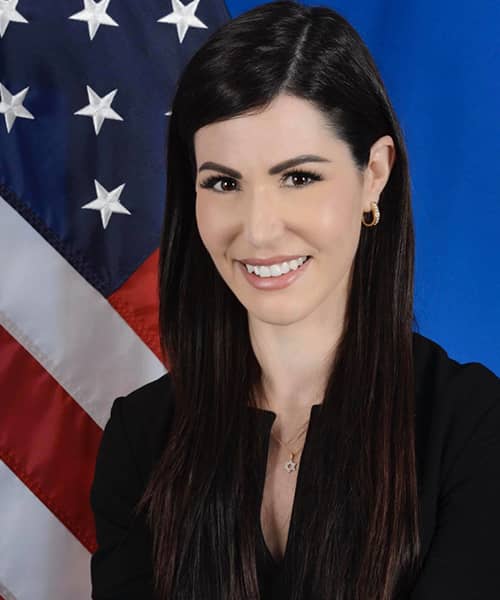